Germany’s capital city is with over 3,5 Millionen inhabitants the biggest city in Germany and the biggest German-speaking city in the world. The LGBTQ+ friendly metropolis is located in the eastern part of the European country. Berlin played a vital role in Europe’s history, especially after World War II when the city was divided by the Allies into two city parts separated by the “Wall” from 1961 on in a western and eastern part. Germany and therefore Berlin celebrated its reunion in 1989 which can also be considered as the beginning of the end of the Soviet Union. Both city parts are growing together ever since, developing a unique social and cultural heritage.

Today, Berlin is one of 16 independent German federal city-states with multiple city centers like Potsdamer Platz, Alexanderplatz, Kurfürstendam, and Friedrichstraße as well the city’s river Spree. Some of the most famous city parts of Berlin are Berlin Mitte, Berlin Kreuzberg, Berlin Schöneberg, Berlin Friedrichshain, Berlin Tiergarten, and Berlin Neukölln. Our favorite Instagram worthy sights of Berlin are the Brandenburger Tor, the Reichstag building, Alexanderplatz with the famous TV Tower, and the Weltzeituhr (Engl.: World Time Clock), the Museum Island and the city park Tiergarten with the victory column “Siegessäule”. The gay neighborhood of Berlin is Schöneberg, though, the queer community lives across town. Additional LGBTQ+ friendly neighborboods are Berlin Kreuzberg, Mitte, Tiergarten, Friedrichshain and parts of Charlottenburg.

Berlin is one of the most international cities in Germany besides Frankfurt am Main, Hamburg or Cologne. Also, Berlin is considered to be a very gay-friendly European city, where LGBTQ+ travelers from all over the world enjoying wonderful gaycation days. The gay scene and the LGBTQ+ community are considered to be very diverse, welcoming, truly hipster, and rainbow proudly queer. Historically, the gay neighborhood of Berlin is Schöneberg southwest of the city center.

According to the Spartacus Gay Travel Index, Germany is ranking among the top 10 LGBT-friendly countries in the world, including Berlin. The German capital is organizing one of the biggest LGBTQ+ Pride events in Europe. And we were a part of it!

The German capital offers several LGBT events throughout the year, such as the Lesbian & Gay Stadtfest Berlin called “Motzstraßenfest”, the annually Gay Pride in the capital in summer called CSD Berlin, the German Fetish Ball (GFB), Folsom Europe, and Berlin Leather and Fetish Week. Furthermore, Berlin is the known party capital of Europe, also and especially for the Gay community. Some of the most popular clubs in Berlin are the SchwuZ, Berghain, Mutschmann’s, Untertage, Triebwerk, Connection Club, Men’s Club Paul, NBI BAR, Blue-Boy, Die Busche and more. Karl is German and lived in Berlin before he moved to Amsterdam. He loves his home country which is also ranked among the top gay-friendly countries in the world.

Most of the capital’s hotels, hostels, and accommodations can be considered to be gay-friendly. Known gay hotels are the Gay Hostel Berlin in Schönberg, Tom’s Hotel in Schöneberg and the Axel Hotel Berlin and TWO Hotel Berlin by Axel. Just recently we stayed at the Hotel am Steinplatz – Autograph Collection Hotel in Berlin West close to the train station Zoologischer Garten, which we really enjoyed. Nevertheless, there are specifically certified gay-friendly hotels part of the Pink Pillow network from Berlin Tourism. We will test the pink pillow hotels the next couple of times we will be visiting Berlin starting this time with the Henri Hotel in Charlottenburg and the Scandic Berlin am Kurfürstendamm.

Our Tip for a City Trip Berlin

Get your Berlin Welcome Card to use public transportation (U-Bahn, Bus, Train), to get more than 200 discount offers for your Berlin explorations and a free city guide and map. The Welcome Card 48hours including transport from Berlin Airport to the city center costs €20 and is available at the airport. More information here >

For any clarifications about your plans for traveling to Germany for one of the 60+ German Gay Pride Parades or Berlin, follow us and email us or drop us a line on Facebook, Twitter, YouTube, and Instagram. See you around the world and the next time in Berlin, Germany and around the world!

Plan your Trip with a Couple of Men’s Berlin Guide

Our Berlin Gay Travel Guide: Together with Berlin’s Tourist Board Visit Berlin and the Pink Pillow Hotels, we collected all the information you need to plan your hassle-free gay travels to Berlin in the north-eastern part of Germany. Since Karl has many friends and family in the German capital, we are visiting Berlin regularly. The last time we attended the Berlin Pride 2018 (CSD Berlin 2018) and explored a little more of the gay-friendly side of Berlin. And now, enjoy your preparations for a trip to Berlin in Germany and see as well as experience the best of the gay scene and culture through a couple of men‘s eyes with our Berlin gay travel guide blog articles:

All our Berlin blog articles 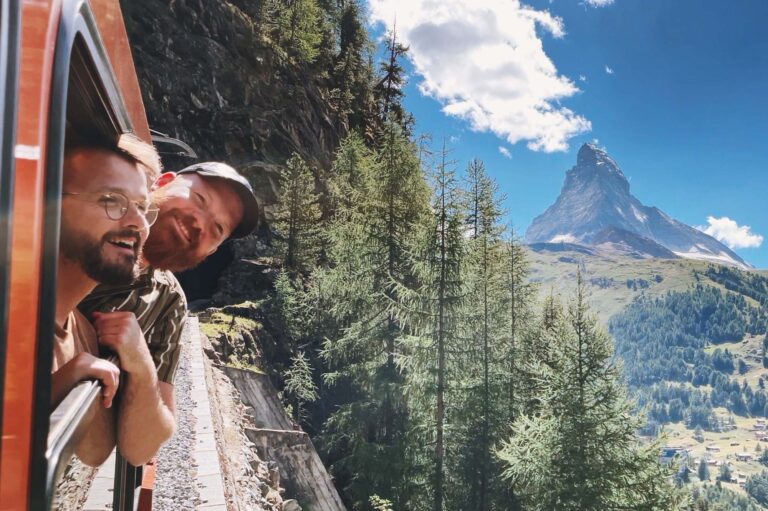 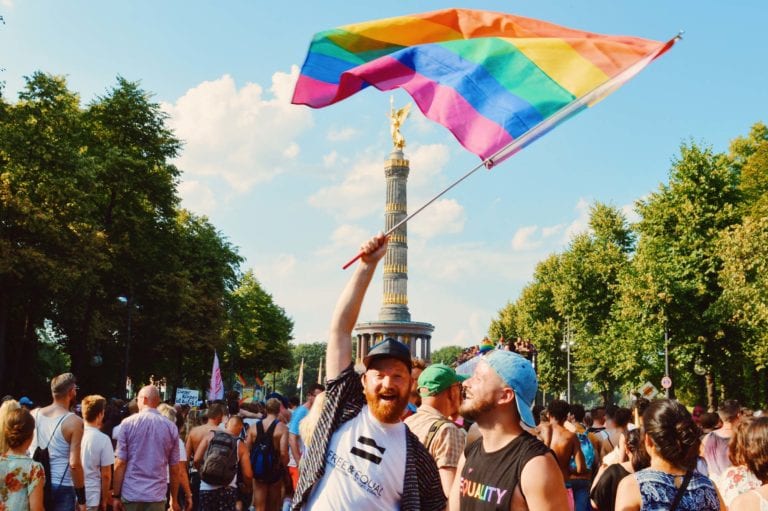 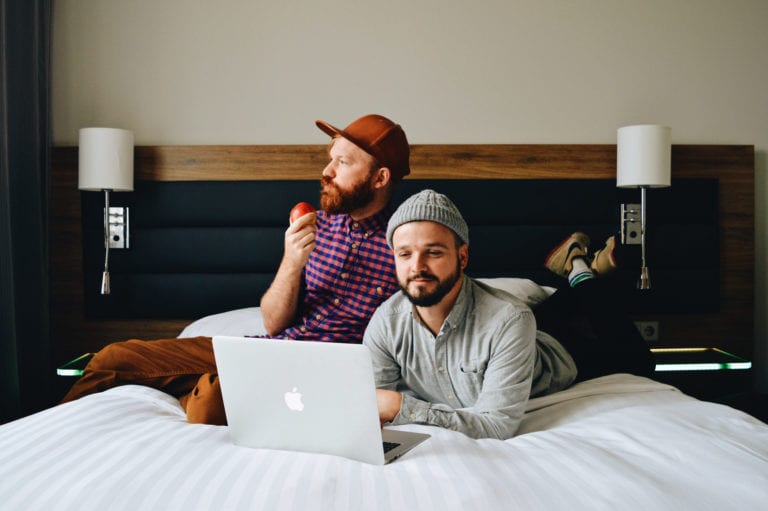