Gay cruising can take many forms in different places. It can happen in sun-kissed dunes behind a faraway beach, in dimly, red-lit rooms in the back of a seedy bar, or practically in any public space in which two men’s eyes happen to meet. However, once you become aware of the seemingly ever-present vibrational frequency of certain undertones permeating everyday situations, they become harder and harder to ignore. The searching gaze of a man, the body language of a stranger, the eroticism of rudimentary surroundings is all key elements in the hunt for brisk, non-committal, intimate encounters with men in often unexpected places – Gay Cruising.

Together with our dear friend and Gay Cruising Culture expert John, we are showing you the best cruising places of gay-friendly travel destinations worldwide. In addition, we are giving answers to the questions: How to find gay cruising hot spots? What should be considered when doing gay cruising? Is gay cruising legal in the country you are traveling to? Additionally, John is planning to write about some of his most adventurous gay cruising experiences in Spain, the Netherlands, Sweden, Germany, and worldwide. So enjoy planning your gay travels with the Couple of Men gay cruising guides!

The Gay Cruising Culture of the Gay Community

The reasons for cruising can be as diverse as the very men who are doing it. Born out of necessity, cruising used to be an essential way for men to find each other in times when there were no acceptable places for them to congrega(y)te. While these circumstances might have changed in our increasingly progressive world – gay cruising has prevailed in several places, offering a positive environment for men attracted to each other to meet, free from the restrictions of regular society.

Cruising’s intrinsic connection to nature, in combination with the vulnerability of exposing yourself to participate, make it an almost spiritual and very humbling experience – an emotionally laden journey filled with lust and anticipation, rejection and acceptance, fear, and excitement. While cruising is certainly not without risks – it is an adventure, temporarily reducing its participants to their most carnal desires. Breaking through the societal norms that restrict us in our everyday lives, cruising is a celebration of lust, equality, and attraction.

The very status symbols that stratify society into different classes, such as our clothes, cars, and even our names, are shed when cruising. All that remains underneath are exposed bodies searching for connection and oneness. Shared attraction acts as a great equalizer – reducing us all to pleasure-seeking animals under the sun, all before we have to put on our clothes again and return to our regular lives. GREECE: Mykonos has long enjoyed its worldwide reputation as a gay vacation hotspot. Much more so than other places I’ve written about, such as Sitges or Gran Canaria – probably only rivaling Amsterdam in terms of reputation. 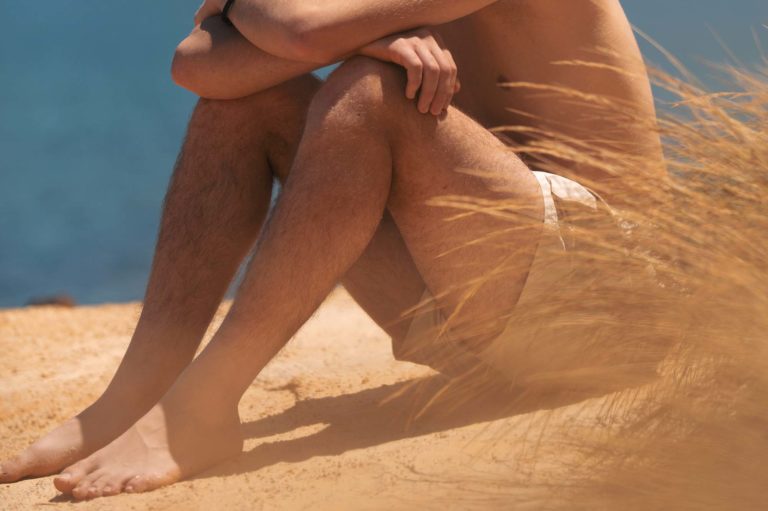 NETHERLANDS: This guide written by our cruising expert John will go in-depth into the best gay cruising beach near Amsterdam called Zandvoort. NETHERLANDS: Gay men enjoy a significant amount of social acceptance and freedom in the capital city of the Netherlands – but it has come at the loss of many gay places and institutions. SPAIN: Sitges tends not to be on everyone’s radar, which is why mentioning it to the uninitiated usually draws befuddled looks. For many gay men, however, the name Sitges evokes images of sun, sea, and… intimate encounters.

SPAIN: Rather than being confined to a small area, cruising in Gran Canaria can take many forms from sandy beaches with towering dunes and its gay focussed businesses including bars, clubs, and hotels. ITALY: Having gotten fatigues of my usual escapes to Sitges, Gran Canaria, and the like, I planned to visit the Italian island Sicily.

Traveling and Cruising – The Perfect Match

The vulnerability of being nude in a strange place, protected only by a few dunes or a forest, is liberating and extraordinary. Beyond our conventional mating rituals, the cruising area is an arena of male virility that allows individuals to feel like an elemental part of nature again. Impervious to how apps or technology have changed modern gay dating and unconcerned with the fleeting nature of bars and clubs, a cruising area is nothing more than a forest or a dune – it’s the men that visit it that keep it alive. John Ripploh.

Disclaimer: The contents of this website were written with due diligence and by the author’s best knowledge. Please be always aware of the local laws and behavioral guidelines regarding cruising in public and public intimate encounters, even on the beach, in the forest, or wherever it might happen. Our cruising guides and cruising stories are not intended to support unlawful behavior but aim to add an adventurous note to your trip.

See you again at one of the world’s gay beaches, gay pride parades, and gay-friendly hotels. Karl & Daan.